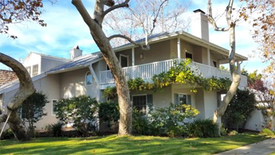 March 2020
By unanimous vote in March 2020, the City Council upheld designation by the Landmarks Commission of 1531 Georgina Avenue as an historic city landmark, citing its significance under the criteria of Santa Monica's landmarks ordinance as both exemplary of the work of a noted architect and as a significant contributor to the architectural history of the City. Built in 1942 in the distinctive Monterey Colonial Revival style, the residence is one of only two in Santa Monica attributed to architect Edla Muir, the female assistant and later professional partner of acclaimed architect John Byers, who was renowned for earlier creating and popularizing the Spanish Colonial Revival style. Ms. Muir was a pioneer as a female architect at a time when architecture was a male profession. Largely self-taught, she rose to become a licensed architect in 1934 and became Byers’ full partner in his firm. During her association with Byers, Muir's architectural work reflected his influence before setting up her own independent practice in 1942 and later moving into more contemporary modern styles. The property now qualifies for favorable tax consideration under terms of the Mills Act for maintenance of a designated landmark. 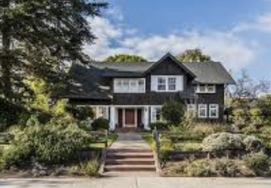 June 2018
North of Montana Association (NOMA) in partnership with the Santa Monica Conservancy, filed an application for landmark designation of 435 Georgina, a 1913 Craftsman home that was vacant and for sale. This house had long been noted in the city’s Historic Resources Inventory as a potential candidate for landmark status. The Landmarks Commission approved the nomination at its April 2018 meeting.

The residence was built in 1913 for A. W. Morgan, a bookkeeper, as one of the pioneering homes of the Palisades Tract and one of the earliest homes on that street.  Designed in the Craftsman style, it reflects English arts and crafts rather than the typical California Craftsman. A few additions have been made to the original home, which blend well with the original design and materials, and don’t detract from the architectural integrity. The large parcel size allows for new construction at the rear. A Mills
contract could provide a significant reduction of the property taxes for a new owner who would commit to preserving and maintaining it.

Nonprofit organizations such as NOMA, may file landmark applications without paying the application fee. While the landmark nomination is under consideration by the Landmarks Commission, no alterations or demolition may be undertaken. The Conservancy encourages other neighborhood organizations and individuals to keep an eye open for potential landmarks that may be in danger of being substantially altered or demolished.